We are in a 4-yearly testing area for TB with the last test being Jan 2020 and was all clear. The Elderberry Herd has never had a TB reactor.

Our 2005 crop of heifers were tested clear of IBR and Lepto. Since then further runs of tests have been carried out on young stock at 9-12 months old including all heifers to be kept for breeding and all have been negative.

Following whole herd testing the herd is ACCREDITED for IBR and MONITORED FREE of Lepto.

This is something we will continue to monitor and we look to test all imported females for Neospora before entering the farm/herd.

Johne’s.
The herd has been tested for Johnes since May 2007.  We routinely PCR tested and isolated outfits after all calvings for many years. These only left isolation after negative results are returned, usually at around one month after calving. We buy new bloodlines in France and all females are imported from herds with a long history of clear Johnes testing and from large herds. We are proud to say that we achieved Risk Level 1 status in 2013 and have retained this status since with all clear herd tests. We understand the nature of the disease and therefore have continued to PCR targetted cows post calving as well as the annual blood testing. 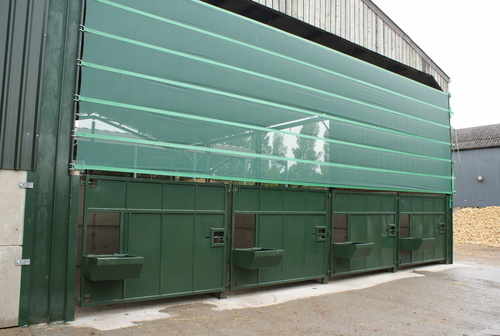 We take herd health very seriously at Elderberry and are very proud of our health status, which is the result of a lot of hard work and diligence.